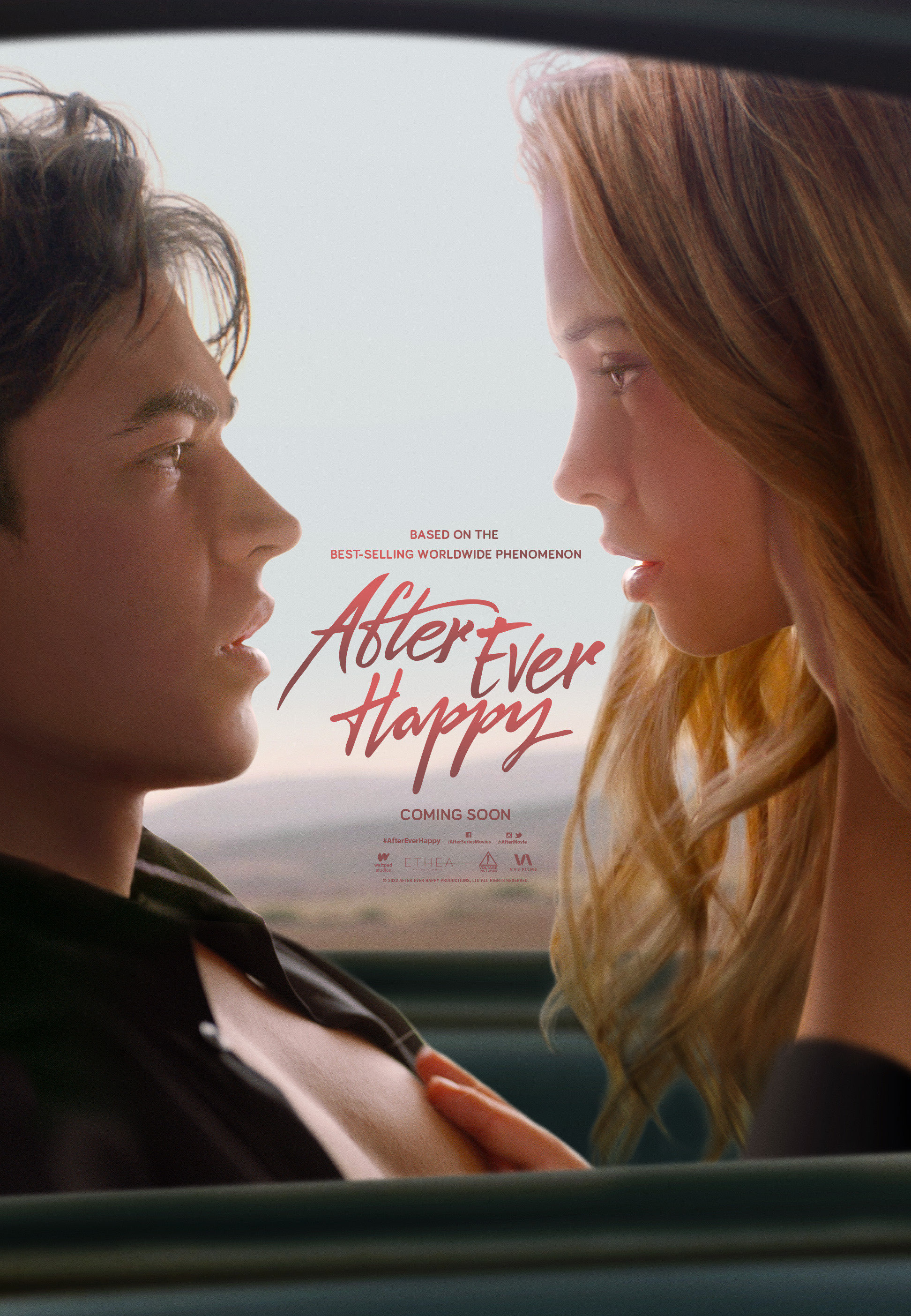 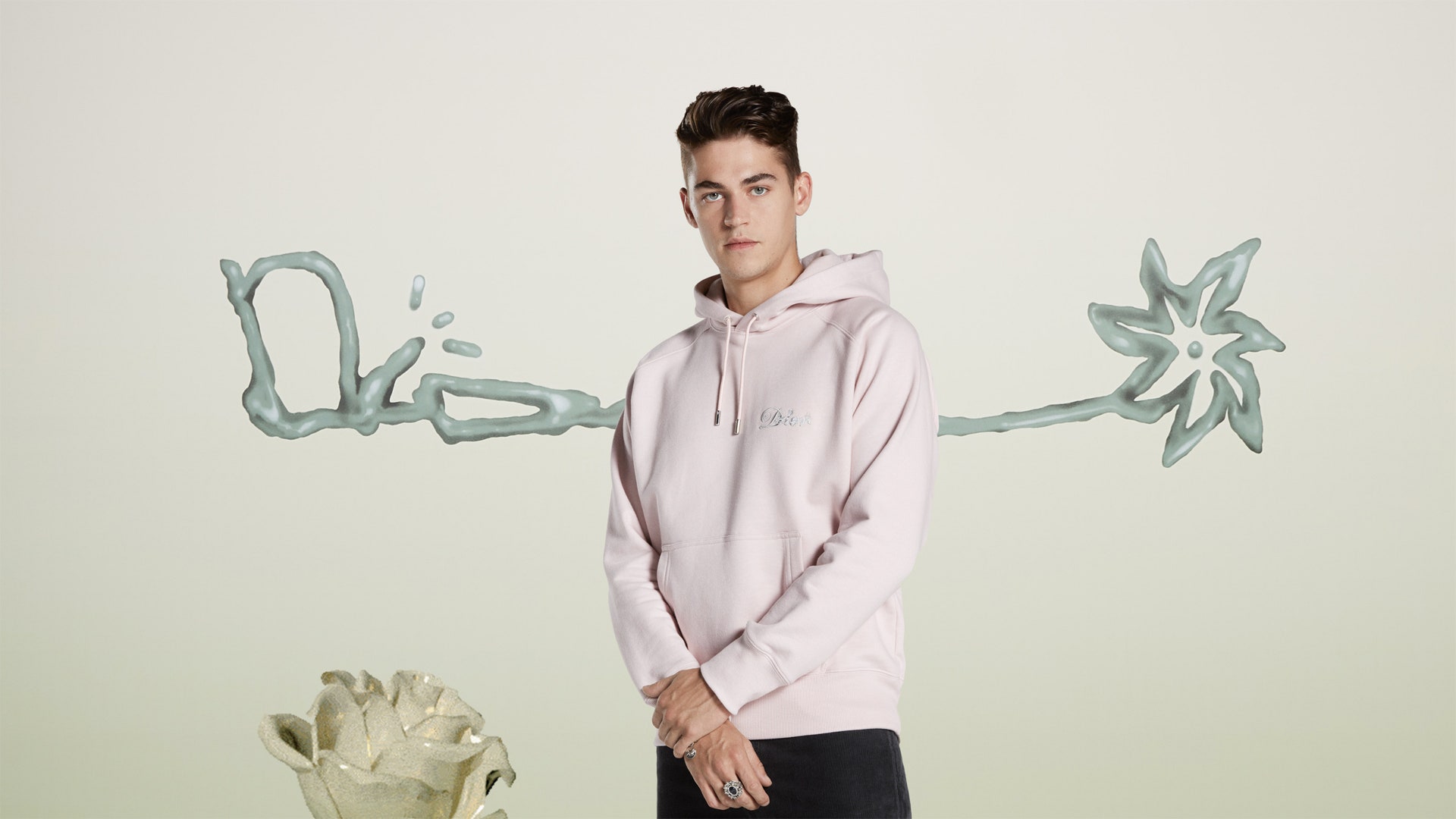 Hero Fiennes Tiffin attended the Dior Spring/Summer 2022 show today, sporting a full look from Kim Jones’ latest collection
British model and actor Hero Fiennes Tiffin is a burgeoning darling of the global fashion scene. The 23-year-old former Harry Potter talent is a regular on the front row at brands such as Salvatore Ferragamo, while he has landed starring roles in campaigns with Dolce & Gabbana, Woolrich and Oliver Peoples.

No surprise, then, that he was one of a select few to attend Kim Jones’ Dior Spring/Summer 2022 collection unveiling. Having cemented his place as a friend of the brand in recent seasons (he also attended Jones’ Dior Fall 2020 show, alongside Kim Kardashian, Evan Mock and David Beckham, in Miami at the end of 2019), Fiennes Tiffin was dressed in pieces from the Parisian house’s latest collection for last week’s show.

Speaking exclusively to GQ, Fiennes Tiffin said, “Wearing Dior is a pleasure. You can really feel the quality of the clothes. I feel comfortable, composed and ready to put my best foot forward.” For the show, which included a collaboration with Travis Scott’s Cactus Jack brand, the young actor slipped into a toned-down outfit that played into his own relaxed style. Consisting of a pastel-pink logo-detailed hoodie and a pair of slim-fit trousers, he described the look as “exactly the kind of thing I would have in my own wardrobe”.

On his feet were a pair of Jones’ sleek monogrammed B27 sneakers, which were unveiled last year and have become a signature style for Dior. Meanwhile, his fingers were adorned with shiny trinkets designed by Dior’s jewellery collaborator Yoon Ahn, the cofounder of label Ambush, for Jones’ Winter 2021 collection.

“Kim Jones doesn’t miss,” Fiennes Tiffin continued. “His designs are always so clean and I really love the attention to detail, even on the smallest scale. That’s often overlooked, but it makes all the difference.” 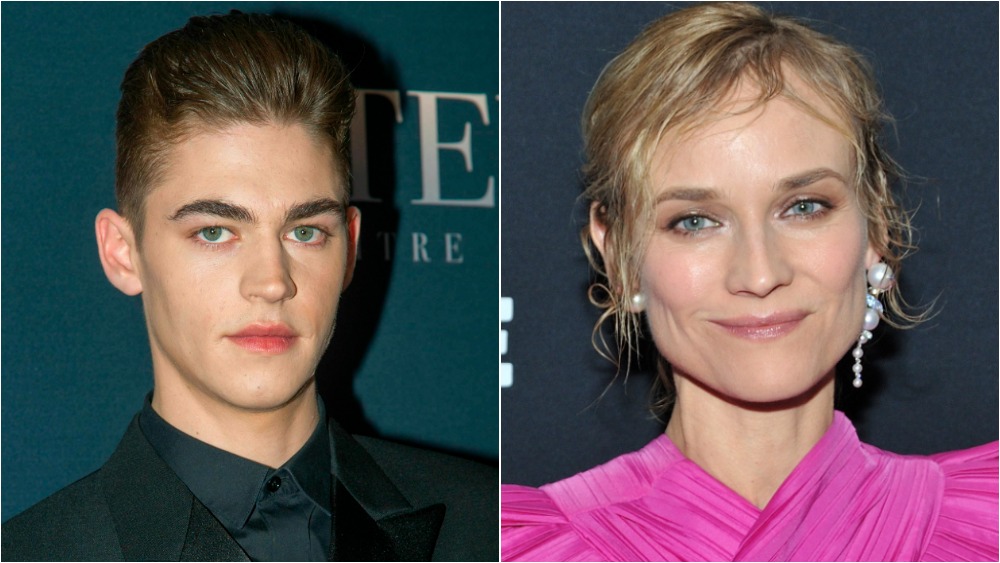 The story is described as a poignant look at a young man’s difficult entry into adulthood. First Love follows Jim (the After franchise’s Fiennes Tiffin), a senior in high school who experiences the highs and lows of his first love with Ann (The Walking Dead’s Park). At the same time, Jim’s parents, played by Cannes Best Actress winner Kruger and Donovan (Honest Thief, Wrath Of Man), are dealing with the familial fallout spurred by the financial crisis of 2008.

Fiennes Tiffin broke out in the first two After films which have grossed $118M worldwide. A third and fourth movie based on the Anna Todd novels are in the works. In The Fade and Inglourious Basterds‘ Kruger has the Simon Kinberg-helmed female action ensemble The 355 coming out in early 2022. Burn Notice alum Donovan is currently co-starring in Guy Ritchie’s Wrath Of Man which has grossed over $71M globally and continues overseas rollout through the summer. Park recently appeared in the Amy Poehler-directed Netflix title Moxie.

Says De Barros, “I’m thrilled that Fortitude is not only backing A.J.’s poignant and insightful vision of love and the American family, but also to be working with such an international ensemble of great talent, led by Diane Kruger, Hero Fiennes Tiffin, Sydney Park and Jeffrey Donovan.”

Some exciting news for After movie fans: the young adult franchise is about to get even bigger.

Teen Vogue can exclusively share that two more After films, a prequel and a next-generation sequel, are in the works. That’s in addition to the two movies that have already wrapped filming — After We Fell and After Ever Happy, which continue the tumultuous love story between Tessa (Josephine Langford) and Hardin (Hero Fiennes-Tiffin).

“The After universe just keeps expanding,” director Castille Landon tells Teen Vogue. Landon will write and direct both new films; she joined the series to direct After We Fell and After Ever Happy, following directors Jenny Gage (After) and Roger Kumble (After We Collided). “The fandom, and how excited they are and their input, it really does inspire us all as creators every single day.”

The prequel is loosely based on the After series book Before, which author Anna Todd penned from the perspective of Hardin. But Landon says the movie will be a “larger conversation” tied to what happens in Before, with a more expanded plot. “He’s gone through a lot of trauma in his family life and in his relationships, and [we’ll] see more of that messiness before he meets Tessa, and how that experience changes him,” she says. Since it will feature a younger Hardin, Hero, now 23, will not reprise his role in the film.

You can read the full article at the Teen Vogue website.

The first time we spoke to Hero Fiennes Tiffin, in May 2020, the British actor confessed that becoming the ‘face’ of a brand felt surreal. His gentle pout and dark features had just been tapped to represent Italian brand Salvatore Ferragamo, and American eyewear label Oliver Peoples. Suddenly, his face was appearing on posters, billboards and in glossy magazines everywhere.

“It’s one of the more surreal feelings,” said Fiennes Tiffin, of running into colossal, two-dimensional versions of himself when out in his hometown of London. “Because I didn’t set out to do it intentionally, I feel like I’ve got a bit lucky.”

Superdry would beg to differ. Late last year, the British denim and sportswear brand invited Fiennes Tiffin to become the face of its new campaign, which was appropriately titled ‘Rebels and Heroes’. Once again, his porcelain skin (and sculpted biceps – refer to the image above) were everywhere. Naturally, we had to know whether it was something the After actor was growing used to.

“Yeah, I think I’m slowly adapting to those kinds of things, but it’s always a surprise… Every time I see myself on a billboard, I have a small moment within myself where I realize how crazy it is. I’m very grateful. I’m definitely getting more used to it, but I don’t think it will ever feel normal.”

It’s this down to earth-ness that makes Fiennes Tiffin such an eligible heartthrob – he’s got the aura of a star but the attitude of a guy next door, which seems to be what today’s cohort of sensible teens look for in a crush.

But beyond that, the 23-year-old’s vibe is very on-brand for Superdry, which is known for making low-key pieces like tracksuits and denim that looks slick.

The connection between brand and babe runs deeper than a vibe, though. “The brand has been around for a while, a wide variety of people who seem to have at least one garment of Superdry in their wardrobe,” explains Fiennes Tiffin of his decision to align with Superdry. “The team behind the brand and the team behind the campaign itself were all amazing and talented people,” he says, adding, “I also knew I’d be in great company, because David Beckham and Idris Elba have all done Superdry campaigns. So it was a no brainer.” True.

Superdry’s AW20 collection, which Fiennes Tiffin is demoing in the campaign images you see here, arrived in Australian stores this week. Among the pieces available is a bomber jacket, which is evocative of the kind of thing the actor’s character in the After film series, Hardin, might wear. Embroidered in cursive font on the back of the jacket are the words, Never Won, a nod to the Rebels and Heroes theme.

“I feel like we all have a part of our personality that knows what the right thing to do is and the right way to behave, and a lot of the time, that aspect is kind of sleeping within us, because everything around us can point in the other direction,” says Fiennes Tiffin when we ask what the campaign title means to him.

“Sometimes you have to dig within yourself to rebel or to be heroic, and change what’s wrong [or] be the first one to set that trend.

“I think that happens a lot in fashion, where you have to rebel or be heroic to start a trend or change fashion. To be at the forefront of those kind of things.”

The jury’s still out on whether we can call them a ‘trend’, but we must call it out: Fiennes Tiffin was making sweatpants look chic well before they came the antihero of our lockdown wardrobes. And according to the actor, Superdry makes a flawless pair.

“They are so comfy and warm, perfect for the winter and for walking round on a cold morning set.” We’re sold.

courtesy of king-herofiennestiffin on Tumblr
Our Twitter Timeline
HeroFTVaultCOM
Site Information
We use cookies on our website to give you the most relevant experience by remembering your preferences and repeat visits. By clicking “Accept”, you consent to the use of ALL the cookies.
Cookie settingsACCEPT
Manage consent