First Love
Unknown
The story is described as a poignant look at a young man's difficult entry into adulthood.
News IMDb

After Ever Happy
Hardin Scott
As a shocking truth about a couple's families emerges, the two lovers discover they are not so different from each other. Tessa is no longer the sweet, simple, good girl she was when she met Hardin — any more than he is the cruel, moody boy she fell so hard for.
News IMDb
Upcoming Projects
Partner Sites

Over 1600 high quality screen captures from After We Fell have just been added into the photo gallery. Head over and enjoy! 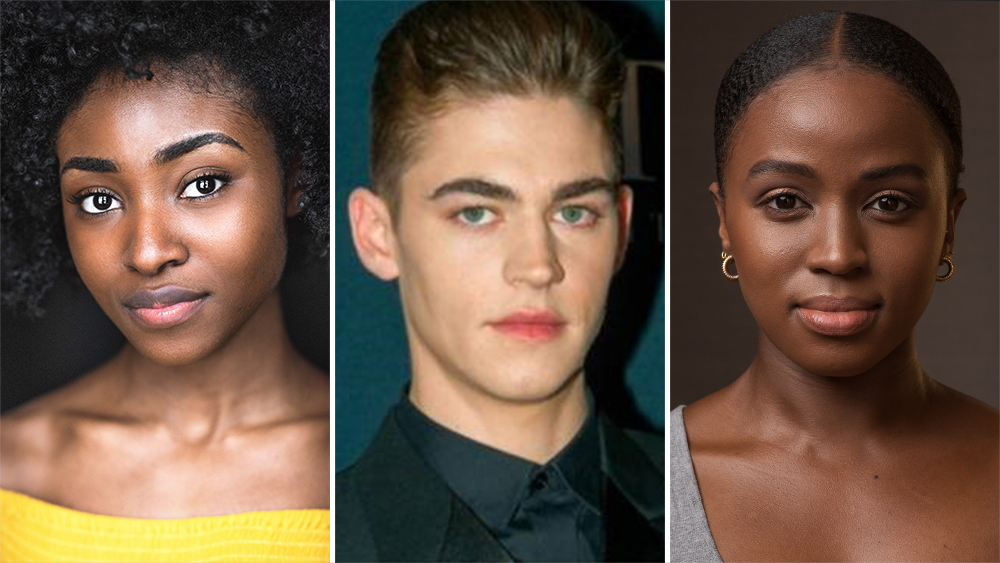 “We are so lucky to catch these three rising phenoms who are bringing their incredible passion and talent to this beautiful ensemble,” said Prince-Bythewood.

The pic is based on true events that took place in The Kingdom of Dahomey, one of the most powerful states of Africa in the 18th and 19th centuries. The story follows Nanisca (Davis), General of the all-female military unit, and Nawi (International Emmy nominated Thuso Mbedu), an ambitious recruit, who together fought enemies who violated their honor, enslaved their people, and threatened to destroy everything they’ve lived for. Lawson will play the ambitious and cunning head wife to Dahomey’s ruler, King Ghezo, played by John Boyega. As the warrior cast is being rounded out, Adrienne Warren and Sheila Atim will play warriors in Nanisca’s elite unit.

Dana Stevens wrote the original screenplay off her draft with Prince-Bythewood. Pic is being produced by Oscar winner Cathy Schulman though her Welle Entertainment. Schulman is currently the EP and show runner of Showtime’s upcoming series The First Lady, which also stars Davis and Lawson as Michelle Obama.

Lawson made her feature film debut in Farewell Amor last year and she’ll next appear in Matt Reeves’ The Batman as Bella Real opposite Robert Pattinson.

Fiennes Tiffin broke out in the box office hit After trilogy, based on the Anna Todd novels. His other film credits include The Silencing, starring Nikolaj Coster-Waldau and Annabelle Wallis and Harry Potter and the Half Blood Prince. He will next be seen in First Love, opposite Diane Kruger and Jeffrey Donovan. 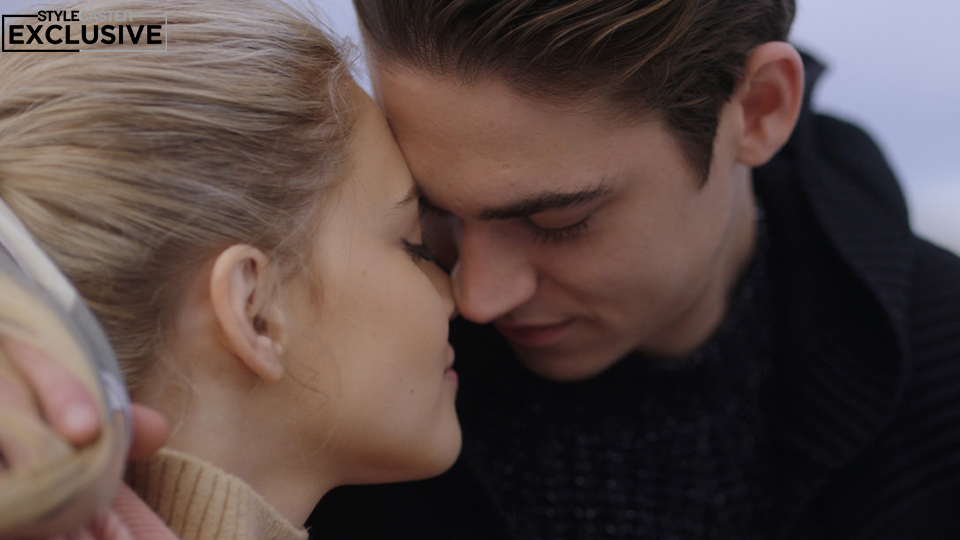 Head to StyleCaster‘s website to read the whole interview.

STYLECASTER – For actors Josephine Langford and Hero Fiennes Tiffin, the end of the After franchise is bittersweet. “It’s bitter because it’s sad to not be able to work with these people again and have to step out of the shoes of the character you’ve played across four movies,” Langford tells STYLECASTER. “But it’s sweet because I’m glad we were able to finish these movies for the fans. Hopefully we’ve made something that lasts and that they’re happy with.”

Langford, 24, and Tiffin, 23, play Tessa Young and Hardin Scott respectively in the After franchise, which releases its third of four movies, After We Fell, on September 30, 2021. (The franchise’s last movie, After Ever Happy, finished filming in December 2020 and is set to be released in 2022.) The movies are based on Anna Todd’s books of the same title, which were adapted from a Harry Styles fanfiction she wrote on Wattpad in 2013. Though Tiffin’s character, Hardin, is inspired by Styles, he made the conscious effort not to base his performance on the One Direction member. “When we first started, I detached the Harry Styles aspect for myself,” he says. “Harry Styles and One Direction are the inspiration, but Anna has written this crazy, amazing world of life that no longer needs them as inspiration because the characters are so well-rounded. I didn’t need to draw any external inspiration from him by the time we got through the books to the script to Hardin’s character.”

Though Tiffin didn’t relate the role to Styles, he did meet him once at the 2019 Met Gala, where Styles was a co-chair. While they didn’t talk about After, Tiffin believes that Styles gave him a “knowing look.” “I shook his hand, and there was a kind of thing,” Tiffin says. “We didn’t have the opportunity to talk because it was at the entrance, and it was quite full, but I feel like there was a little thing in the eyes of, like, we both knew. There was a knowing look. I haven’t spoken to him in detail about it. I hope that happens sometime.”

Ahead, Langford and Tiffin talked to STYLECASTER about how they were cast in the After franchise, what they took from the set of the last movie, and whether fans can expect them in the upcoming After prequel and spinoff about teenage Hardin, and his and Tessa’s kids in the future.

HFT: “I was doing a bunch of auditions. The first After audition, I remember I had loads that week. I had four or five in the space of those three days. They were all getting jumbled up in my head. I was just smashing them out, almost thinking like, ‘I could be doing these better if I had more time.’ I did a callback, and there were a few people on the Zoom. I did one more, and they said, ‘We’ll fly you out for a chemistry read.’ They flew me out to L.A. I read with someone who wasn’t Jo, but in front of Anna and a bunch of producers. Then they informally offered me the role. I went back to London, and both my agents were there at the time. They sat me down and said, ‘Sorry, you didn’t get the role,’ and 10 seconds later, they were like, ‘I’m joking. You did. You fly out in two weeks.’ Then it was just super overwhelming and all the emotions in the world.”

On if they expected the After franchise to be as big as it is
JL: “I didn’t know. I actually remember reading for a friend who auditioned for Tessa a month beforehand. I was like, ‘What’s this?’ She’s like, ‘Oh, it’s this romance. It’s based on these books, and these books are huge.’ I was like, ‘Oh.’ Then the more involved I got in the process, the more people told me and explained how large this fanbase was and how big these books were. It was something I definitely learned along the way.”

HFT: “I remember a friend saying to me, ‘Are you sure you’re ready for this?’ And I was like, ‘No. I’m not sure. But how do I know? And if I’m not, what am I going to do?’ That’s what happened. I remember Anna and [After director] Jenny [Gage] both saying, ‘Are you aware of how big this is going to be?’ I was almost swatting it away like, ‘Oh, it’s going to be fine. I’ll just take it one day at a time.’ Regardless of the warnings, I was still surprised and overwhelmed. It took a bit of time to adjust to, but now, I’m super happy, grateful and feel nothing but support from the fans and the situation I’m in.”

On how their character is different in After We Fell versus the first two movies
JL: “She’s older in the third movie than the first two films. She’s learning about herself. She’s developed her agency, her sexuality, her identity. She’s coming into her own as a young woman. Even how she’s acting in this relationship is changing.”

HFT: “He’s been trying from the start to be better. Well, I guess more from the second half toward the end of the first one. But he’s definitely making an effort and he’s getting there. But the guy can’t catch a break. He is obviously so troubled and has his own things to deal with, but he’s not being presented with an easy path to walk to overcome them. The patience Tessa has with him is fundamental to their relationship and going where they want to go.”

On how Tessa’s dad affects her relationship with Hardin
JL: “She hasn’t seen her father in 10 years, so him coming into her life is all of a sudden a lot to handle. She’s not in a position where she can handle it. She’s about to move to Seattle and start an internship. She has a lot going on. The way it’s affecting her, the emotional weight of that and all this stuff she’s internally struggling with adds pressure to the relationship. It’s another obstacle they have to deal with. They’re never given an easy run. There’s always something happening and getting in the way.”

First Love
Unknown
The story is described as a poignant look at a young man's difficult entry into adulthood.
News IMDb

After Ever Happy
Hardin Scott
As a shocking truth about a couple's families emerges, the two lovers discover they are not so different from each other. Tessa is no longer the sweet, simple, good girl she was when she met Hardin — any more than he is the cruel, moody boy she fell so hard for.
News IMDb
Upcoming Projects
Partner Sites